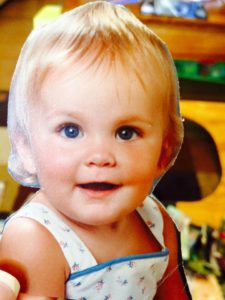 When my daughter Bronwen was born, I held her in my arms and wondered what her future would be. What profession would she pursue; whom would she marry and how many children would she have?

Eighteen months later all those dreams were shattered when she had an accident and developed Cerebral Palsy. My hopes were now fears for her. “Will she ever talk again?” or “will she ever walk?”

Now, thirty-four years later, all I wish for is that she would have any kind of independence available to her.

Bronwen attended Browns’ School until she was 18 years old. She made many friends and, although she would never talk, she learnt sign language and was able to zoom around the corridors of the school in her electric wheelchair.

The School had been her sanctuary for so many years and as she got older, my concern about what her adult future held never left me. How could this child who was so physically and emotionally dependent on me, who had never been away from me, achieve any sort of independence? 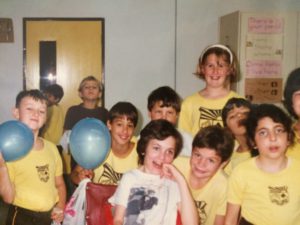 But it was time to move on. For the next three years, Bronwen attended CREST – a day care centre under the auspices of The KZN Cerebral Palsy Association. She was part of a wonderful team of people who showered her with love.

Then, when she turned 21, she decided it was time for her to leave home before her little sister, who is five years younger, beat her to it! Reluctantly, I started looking for places that would possibly be suitable. I knew about this farm in Underberg called Pevensey Place – which is also a project of the KZNCPA. I felt it was too far away and that Bronwen would never survive being so far away from me.

We went to have a look anyway and on arrival were met by a group of the residents. They were so joyful and welcoming. They all looked so happy with their ‘home’ and proudly told me this was ‘the Rolls Royce of homes’ in South Africa. I was also struck by the location of the farm … surrounded by mountains and green fields. There were ducks, dogs and even a donkey happily co-inhabiting the beautiful gardens. Bronwen was smiling from ear to ear – she had found where she wanted to be!

After discussing the formalities, Pevensey Place offered Bronwen the opportunity to stay for ten days to see if she would cope. Bronwen was up for the challenge and could not wait to pack her case and go on this adventure. It struck me how brave she was; she did not know anyone there. She needed much assistance physically and no one knew her sign language.

I cried all the way home and phoned to see if she was ok, only to be told that she was not there and had already taken a ride into town with some of the residents! This was the beginning! A girl, who lived with so many limitations finally having the opportunity to experience life in a way I could never have imagined.

Pevensey’s staff was incredibly supportive and loving. They work long and hard for every resident and their compassion and understanding of the nuance of every person’s personality is exemplary.

The support given by the local community of Underberg also made their days so meaningful. We had a holiday home there and when we walked around the town, so many people would greet Bronwen that we felt like we were escorting the ‘Mayor of Underberg’. 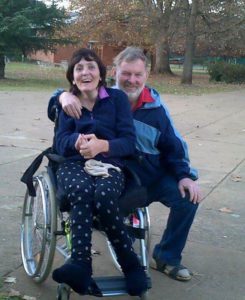 When you have eighty-odd residents all living together, they have to learn to navigate relationships – which in itself is a huge life lesson. Bronwen developed a wonderful relationship with a very special man – James… As a mother, this was something I had not even contemplated this for her!

She developed relationships with the residents that were deep and meaningful and together they went on trips to the South Coast, game parks, picnics, sporting events, agricultural shows and any events of interest in the community. They had their own events, which they worked on throughout the year, like their annual Fete, gala, cricket matches with their parents and other “opposing teams!” Their Christmas play was a highlight and the entire Pevensey family was involved.

What struck me is how everyone there feels they have a sense of purpose no matter how small their role – each one forming a cog in what is a very well run facility. Each resident is involved in the workings of the farm, from tending to the chickens and livestock, working in the gardens, caring for the pets, doing laundry, working in the workshop, etc.

Bronwen has always been a very spiritual person and she was immediately taken to the Highlands Church and joined their Bible study. I have always been moved by the number of people who tell me how Bronwen’s faith and commitment to the Lord is such an inspiration to them and that she had touched their lives by just knowing her … this from a girl who cannot speak God’s word but His love flows through her.

Bronwen spent 12 years of her life at Pevensey Place and it was during this time that she transformed from a girl to a woman and who now has experienced far more than I could ever have imagined. She had her “INDEPENDENCE” and I was given a freedom and peace of mind that she had a life and a family if anything ever happened to me.